With just 140 characters to get your message across, you’d better make them count. This top ten list is my take on the mistakes I see far too often on Twitter and how to avoid them.

If every other tweet is sell, sell, sell or blatant self-promotion you’re on the fast track to alienating your audience and getting unfollowed. Nobody wants their feed filled with repetitive hard selling Tweets. Think of social media as a signpost to your brand, raising awareness of you and your products or services. It is not an extension of your company website; it is not a free advert for your new product.

The clue is in the name – social media needs to be social. That means engaging with your audience, giving them information, posting relevant news, commenting on developments in your industry, even just saying hi, acknowledging a customer’s comments or asking questions. If even half of your tweets are promotional, that’s too much.

We’ve all done it – innocently followed someone only to receive a generic direct message a few minutes later. Ask yourself why you’re doing it? If you’re saying thanks for the follow then please don’t! If you’re explaining what you do, what you sell or who you are in a DM then you’re not using your profile properly.

Social media, and Twitter in particular, is about the personal touch – which is the antithesis of an auto DM. Part of the point with Twitter is being visible, so why say something to a customer that you wouldn’t want anyone else to see? Yes a DM can be useful for handling personal details or complaints but auto DMs are just irritating.

At the end of the day, Twitter and Facebook are very different animals so don’t treat them the same. Cater your messages specifically to each medium. Yes it takes a little more time, but it makes the content for both much more relevant and that will help get you better engagement.

If Twitter is a signpost to your brand – well then so is Facebook. These platforms are there to educate people about your brand, make them aware of you and make users more likely to become customers. You don’t sell on Twitter, you don’t sell on Facebook so if you need to link anywhere, make it your company website! 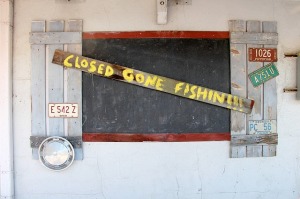 Some companies can get by operating a strictly nine to five Twitter presence and that’s fine. Other businesses can’t. Do you operate across time zones? Are you a 24 hour business? Do you have a major online presence? If the answer to any of these questions is yes then your customers expect you to be monitoring Twitter outside normal business hours. And when a customer in need Tweets they expect a reply.

If you absolutely can’t cater to a broader range of cover, then state in your profile the times that the feed is monitored so that customers know when they can expect a reply. Complaints and negative word of mouth is a major issue for any brand on Twitter and that leads us to point number 5.

Ignore complaints at your peril. Social networks are like digital word of mouth. If you ignore someone with a complaint they’ll shout it on their feed and their network will see it.

View complaints as a second chance to get things right, don’t see them as a threat. If you turn a complaint around on Twitter then others will see and may even be impressed. The complainant will probably tweet about it too.

Get it wrong and you could face complaintvertising, where someone buys a promoted tweet to highlight their gripe with your company. These definitely will be noticed, shared and some have even received press coverage.

Hashtags are not mandatory and overusing them is irritating. In fact if they aren’t directly relevant don’t use them at all. Filling a Tweet with hashtags can make it seem like spam and too many probably means you’re trying to say too many things at once. My advice: use them sparingly; don’t overload the end of your tweet with hashtags; don’t use them for blatant self promotion.

Traditionally hashtags went at the end of a Tweet and this is still fine, but where possible I prefer to embed them within the body of my Tweet. Using this approach the hashtag becomes part of the main text so you know it is relevant.

Hashtags work best when they’re one or two words. Once you get much beyond that things start to get messy. Always read over your hashtags or ask someone who doesn’t already know the phrase to read it back. If they struggle, your hashtag isn’t working. Capitalising the first letter of each word may help but you’re probably better rethinking.

Always remember the basics: make sure your hashtag can’t be misread or misconstrued because if it can be, it will be. Read it over to ensure that no rude words can be found in it. Check whether the hashtag is in use and if so what it’s being used for – do you want to be associated with that discussion?

Once you start, you need to keep going. Social media for a business or brand does not run itself. Not only does an abandoned account look unprofessional, potential customers may wonder if you’re still in business and look elsewhere.

If you’re not monitoring your mentions then you don’t know what people are saying about you. If your followers have grown used to a new article every Monday morning or a competition at the end of every month and this suddenly vanishes you’re disappointing the people you rely on.

To make it less likely you’ll quit always ask yourself why you want to use a particular channel before you start. If you can’t answer that question, then you probably don’t want to do it. It’s fine to dip your toe in and change your mind as a personal user, but as a brand you will be judged. If you do decide to discontinue with Twitter, deactivate the account rather than leaving a fossil for people to stumble across.

We’ve already covered the social aspect but it’s so important it warrants a separate entry on our list. Yes your ultimate goal is to convince people to buy your product or service, but social media has to be more subtle than that.

Social media is about building a community and engaging with those people and Twitter is an ideal platform for this. Why? The limited character count means that engagements have to be meaningful – there just isn’t enough space to add any padding. To work, though, social media needs to be two-way communication. You need to engage, have conversations, listen to what’s being said, learn about your fans. Remember social media is not an advert, it is not an editorial; if you only promote and don’t answer their questions, complaints or acknowledge comments, you’re setting yourself up to fail.

Yes, on Twitter size does matter. Choosing a handle, your Twitter name, isn’t always easy. While it’s tempting to choose something that’s as close to your company name as possible, that’s not always the best idea. If that name is particularly long then it won’t make a good Twitter handle. Remember the display name on your profile can be an exact match to your brand name, but your handle needs to be short and simple.

Two things to remember when choosing a handle: 1. longer handles are harder for your customers to get right and, like long hashtags, are hard to read; 2. the shorter your handle, the more characters left for your followers to interact with you. As a rule of thumb I aim for ten characters maximum in a Twitter handle.

Don’t just take my word for it:

Think I’m dead wrong? Maybe I got it bang on? Did I miss out your Twitter pet hate? Let me know in the comments.